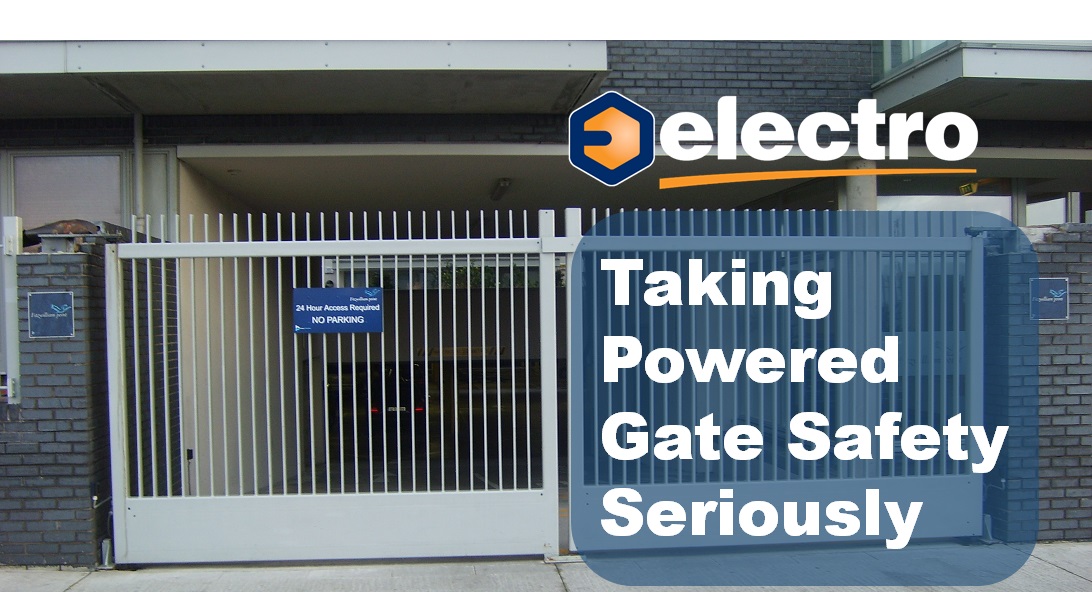 Like many companies in Ireland Electro promote powered gate safety. What industries around the country fail to realise is the sheer power and force exhibited by an industrial powered gate.

With the average gate weighing more than a 1,000kg and the motor capable of shifting 2,500kg if it comes in contact with a person and the adequate safety equipment is not installed or below standard the risk of mortality is high and injury is guaranteed.

In recent years we have seen the HSA push for gate safety in both commercial and domestic environments and recently created a new set of standards and guidelines. Now we have seen the first court case where the installer has been sent to jail for their part in the death of a civilian using the gate.

The installer responsible for the automatic iron gate which fell on grandmother Jill Lunn, at her home in Norwich in 2013, has been given a 42-month prison sentence.

The court had been advised that the accident was ‘a wholly preventable tragedy’ and that the installer’s actions amounted to manslaughter by gross negligence.

The gate, which weighed around a third of a tonne was installed in March 2013, but without any stopping devices to prevent it falling if it was operated manually. The jury heard that Mrs Lunn had pulled into the drive, with her grandchild in the car, and tried to close the gate using the remote control. When it would not work she tried to shut the gate manually and it had fallen directly on top of her and crushed her to death.

The prosecution advised that the tragedy could have easily been prevented by means of a simple stopping device either to the gate or to the track upon which the gate ran.

In addition to delivering the prison sentence to the installer, the company for whom he worked was also fined £12K, after admitting three counts of failing to comply with a requirement under the Supply of Machinery (Safety) regulations.

Commenting on the fine, Gate Safe founder Richard Jackson says,
“This is a landmark ruling as it is the first time an individual installer, rather than just a company has been found guilty of manslaughter by gross negligence – resulting in a prison sentence and sending out a clear message to the installer community. It highlights the importance of understanding what constitutes a safe and legal automated gate installation and will possibly set a precedent for all installers to be held individually accountable for their actions. We urge all professionals working in the automated and manual gate sector to ensure they have undergone the relevant training. First and foremost, to avoid any further tragedies occurring, but also to safeguard their reputation and business from the serious financial and legal repercussions of an accident.”

Should you want to talk to us further on your commercial gates and the possibility of having them checked or upgraded to the latest standards please get in touch.