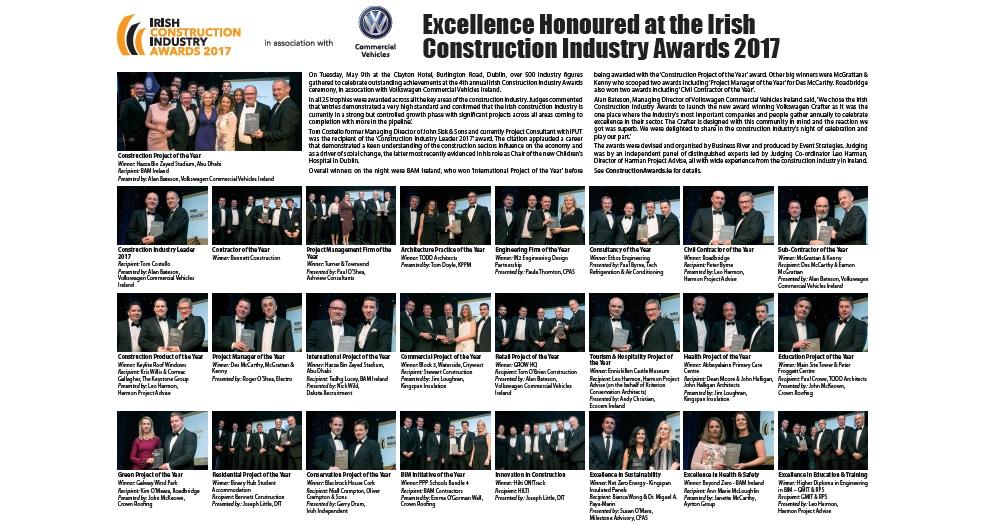 Congratulations to all involved in last week’s Construction Awards 2017, the event was a huge success and Electro are delighted to have been an award sponsor.

On the night we were introduced to an impressive list of shortlisted candidates for several awards including the Electro sponsored Project Manager of the Year award.

Each project shown to the audience portrayed an ever increasing level of quality and detail orientation that has once again raised the bar for projects in Ireland.

Award shows like this are pivotal for the industry to grant recognition for all those who go above and beyond to meet and exceed customer expectations. We at Electro would once again like to congratulate all the shortlisted candidates and also the award winners. Finally as the Project Manager of the Year Award sponsor we would like to congratulate Des McCarthy from McGrattan & Kenny who was the overall Project Manager of the year for 2017. 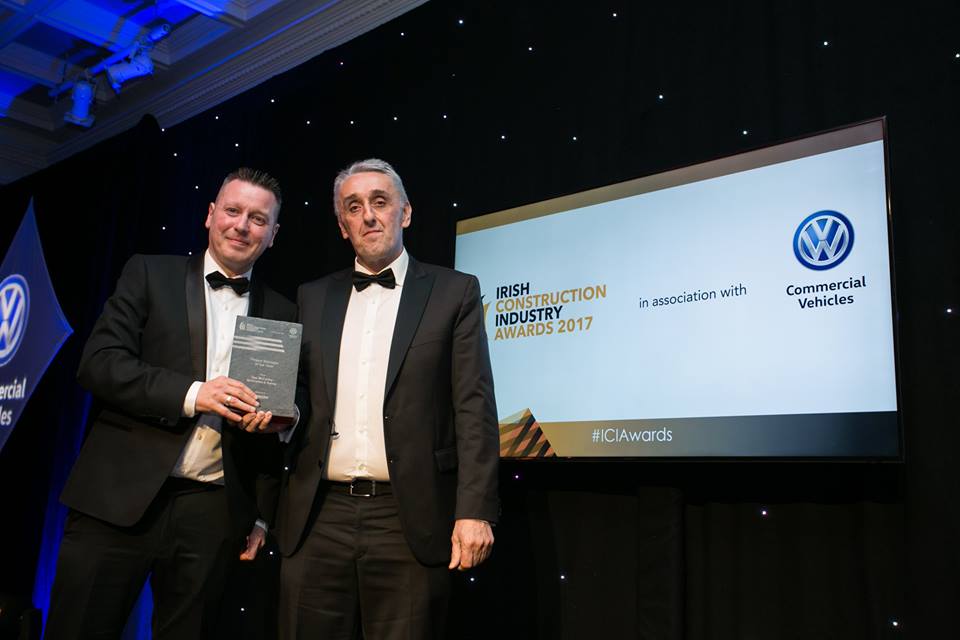